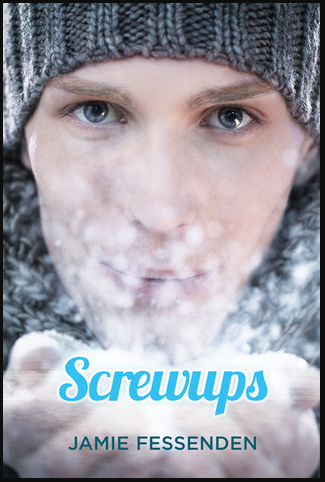 In 1996, Jake Stewart is starting his third year at the University of New Hampshire. Even as a successful
business major, he is absolutely miserable. Not only is Jake pursuing a field
he hates when he’d rather study art, he is utterly terrified of what will
happen if his father finds out he’s gay. When he finally gets up the courage to
move into the creative arts dorm on campus, his new roommate, Danny, is openly
gay—and there’s no denying the attraction between them.
Danny Sullivan has been out since high school, and he appears
comfortable with his sexuality. But something happened in Danny’s past — something
that gives him nightmares he refuses to talk about. Unknown to Jake, the way he
mistreated his friend, Tom Langois, when Tom came out to him in high school, is
mild compared to the way someone very much like Jake treated Danny. 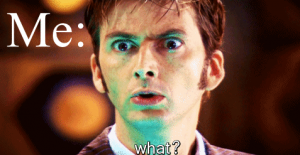 REVIEW:
For the record, I am a fan of Jamie Fessenden’s writing style. I was blown away by Billy’s
Bones, and as a result, I was looking forward to reading this book. I was
not disappointed. Although this book is much more light hearted than its
predecessor, it does offer its share of angst and drama.

Fessenden has a great handle on combining solicitude and humor in his prose, which is not an easy task. He also has the wonderful ability to use dialogue to enhance a
story without the dialogue sounding stilted or artificial. In addition to being
a pro at character development, Fessenden is a master of description.
“His name was Danny, and he was beautiful. The moment Jake
had walked into the dorm lounge, he’s been struck by Danny’s delicate features,
smooth golden skin, and hazel eyes that seemed smoky and almost gray,
smoldering beneath long, unkempt light-brown bangs.”
This is our first look at the enigma that is Danny told from the perspective of the
straight-laced, uptight Jake. The electricity between the two characters is
palpable when they first meet. Danny, the geeky music major is intrigued with
Jake sketches. Beneath the appearance of a jock, business major is an artist,
and that is why Danny votes to let Jake live in the artist dorm, and
subsequently his room and heart. Danny and Jake become fast friends, but the
romantic aspect of their relationship has a slow build, primarily because Jake
is in the closet.
Jake is described as being gorgeous and athletic. In addition to pretending to be
straight, he is socially and sexually repressed, and has a bit of a temper.
Jake’s violent and homophobic family is the catalyst for Jake’s repression. It
is not surprising that he is living in self-imposed isolation. The guilt he
feels over rejecting his childhood best friend’s admission of love seems to eat
away at him.
“Every since he’s fucked up his friendship with Tom, his life
had been completely normal and boring and lonely as hell.”
Danny is brilliantly developed. He is a fun-loving young man who is haunted by the
past. Not only does he blame himself for being the victim of an assault, but he
also blames himself for the bullying he endured subsequent to the attack. Like
many victims in real life, Danny’s actions after the attack hinge on his
somewhat desperate desire to be loved and accepted. Although he has a great
relationship with his mother, he has major trust issues because he does not
think he is worthy of happiness.
There are a lot of minor characters that help round out this book and add humor and
depth to the main characters. Supplementing the concept of screwups are Danny
and Jake’s friends. “They were the geeks among the geeks.” Without them, this
story would not be as dynamic, humorous or heart warming.
Fessenden does a great job unfolding this story. Although the story is light-hearted,
there are parts that are heart wrenching. If you are looking for a contemporary
m/m romance with lots of geekiness, college humor and angst, this book fits the
bill.

As a side note, Jake’s childhood friend and first crush, Tom Langois, is the main character in Billy’s Bones. You don’t need to know that to read this book, but it is a powerful connection if you have read Billy’s Bones, which is an outstanding book.