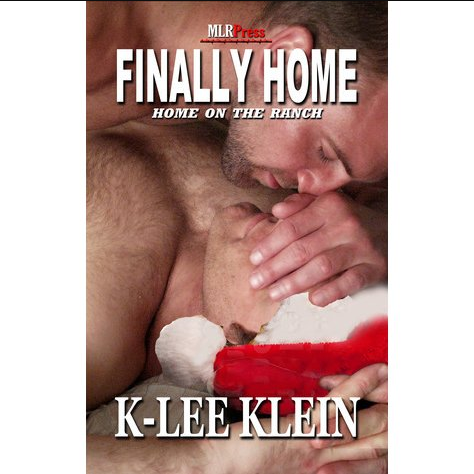 When his father’s funeral brings Josiah Nelson back to his childhood home during the Christmas holidays, he’s determined to sell the ranch and bury his past. But when Wyatt Aames rekindles a fire in Josiah’s lonely soul, he realizes it’s not the house that makes the home, it’s the people.

In this fast paced and sweet book, Josiah (Josi) has a lot to work through. After being ran off by his daddy for being gay, he returns after his father’s death to put his affairs in order. I loved Josi’s voice. I loved that K-Lee wrote him the way he thought and talked. It really got me to connect with him. You also felt for him as he discovered that things that he thought he knew were different. That the status quo changed while he was trying to make a life for himself. Working through seeing his father through the eyes of an adult rather than those of a child. 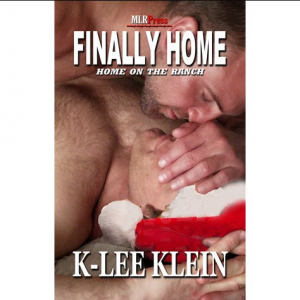 His love interest is Wyatt Aames, a very out rancher. Wyatt is in love with Josiah, and has been for years, and he’s determined to get his man.

Now there were a few things that niggled me. The characters were written with much more wisdom than their ages would really constitute. In their very early 20’s, seems kinda young for Wyatt to have taken over the ranch. Also the time line of everything resolving was a little quick for me. I LOVED the story. I loved the characters, and those were only minor things because it was so well written.

I did like how K-Lee explained how Josiah’s daddy got his address and was sending him letters, and I liked how it was explained that Wyatt hadn’t contacted Josiah and why. That is a lot of restraint (and fear) for a young man.

I think Finally Home is a great concept, finally finding the place where you belong. I know I for one will be looking forward to further books by K-Lee Klein and definitely looking forward to more Home on the Ranch books. There is almost nothing better than sexy cowboys. I would LOVE seeing these two cowboys again whether as main characters or supporting ones.

One of my favorite excerpts of the book:

The tears exploded from his eyes, his hands covering his face as his knees gave out and he sank to the floor. Wyatt fell with him, grabbing him and holding him again. Didn’t he ever get tired of coddling Josiah? If he wanted him, wanted to be with him, wanted him to come home, didn’t he want a man, not a sniveling brat?
“I loved him,” he gulped out, fists balling up as they pressed against his eyes. He didn’t care if he cried any more, he just wanted someone to understand. He wanted the man he’d always loved to understand. “I loved him but I hated him. He was mean and horrible, but he was my fucking father and now he’s dead and he never even knew I loved him.”

So If you are looking for a sweet read, pick this book up!

You can find it on Amazon here.
If you want to know more about K-Lee Klein , here are some sites where she can be found: