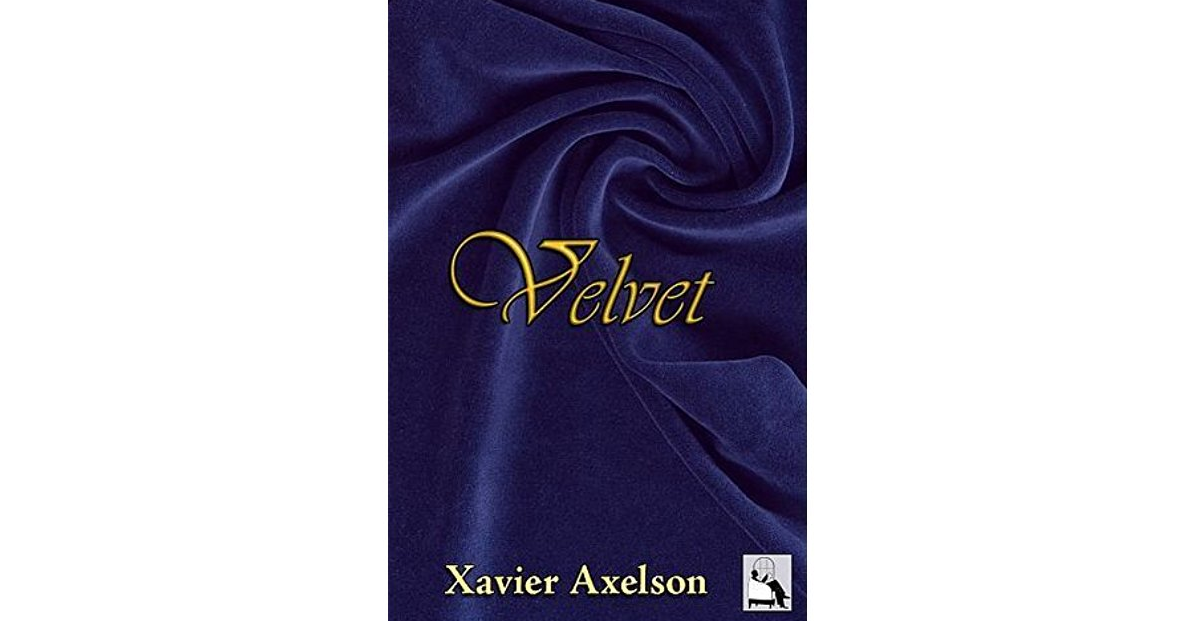 Blurb:
The first novel from Xaiver Axelson is set against a backdrop of decadence, privilege, and intrigue. Virago, the royal tailor, makes a discovery that will test the bonds of brotherhood, unravel the forbidden secrets of his heart, and threaten his very existence.


In a land where cruelty is disguised as allegiance, loyalty is masked by obligation, and the laws of sumptuary govern people, nothing is more dangerous than velvet.


Review:
This was a pretty solid historical romance novel. I think it could have been a little more polished, but all in all it was an excellent concept. 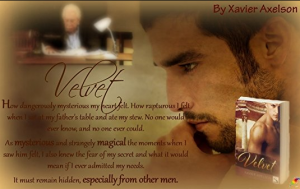 Virago, inherits the role of royal tailor  from his father, who was royal tailor to a kind king. Unfortunately for Virago, the king is killed and his son, Duir, takes the throne. Duir was like Virago’s brother growing up, but they are boys no longer, and the act of making Duir’s coronation garments, out of precious and rare velvet which because of the laws of sumptuary, will test every relationship around them. Duir had never treated Virago’s blind brother well, something that never sat well with Virago, although the intense dislike that Duir had toward Silvain was never really explained. So Virago falls for a young musician, Seton new to court, it tears at the threads of brotherhood between Duir and himself, as well as the Lords that had grown up with them.  As Virago’s eyes are opened to some of the behaviours that he had been blind to, he changes from the somewhat idealistic boy that he had been into a man that must make decisions that will effect not only himself but everyone he knows.


Honestly I loved this story BUT it didn’t feel finished, and in places it seemed a little rushed. The ending was very open ended as well. I hope to see a sequel to this because I’d like to know what happens once they reach their destination. I’d also love to see the brother’s story, or at least know more of it. I loved the characters. Axelson really brought them to life. He also really painted a superb scene. You really felt the emotions and turmoil of the players. I also loved some of the secondary characters (and hated others, but I think I was supposed to)


All in all I would recommend this book if you like historicals, and maybe even if you don’t.


If you wish to purchase Velvet, you may do so in all the usual places.


If you wish to purchase it from the publisher, it is linked above, just click on Seventh Window Publications. It’s available in mobipocket (.prc) nook/sony (epub) kindle (.mobi) and pdf