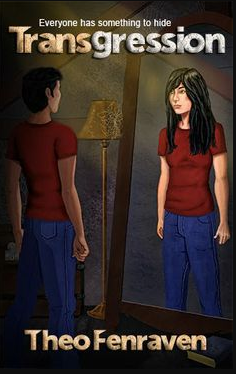 His acting career is taking off. Public
recognition is picking up. Now more than ever, he understands how key
reputation is to his success. But his relationship with his co-star, Kris—arranged
around publicity rather than genuine feelings—is suffocating him. She once
understood his needs, but her demands are beginning to grate with every shrill
order she gives.

Zach has a secret. The breakout star of a new
medical series, he’s been hiding his orientation from co-stars, friends and
family, the studio, and his fans.

On the recommendation of a friend, Zach seeks
out Sky Kelly, a well-connected herbalist whose concoctions are natural magic,
as is her stunning beauty. On the surface, she has it all: her own house, a
thriving business, and good friends, but the things she had to do to get there
are a time bomb ticking away, and when it goes off, she’ll be teetering on the
edge of a chasm that can put her right back where she started.

Sky has secrets. Like, she’s got a Y chromosome
and the original equipment to go with it. Like being a highly paid escort.
Like, if Zach is seen with her in public, it could ruin his career. Like
someone becoming so obsessed with Sky, that obsession threatens them both.

Secrets… everyone is hiding something, and
instead of finding The One, it could be The End.

Review:
To
violate a law. To violate a command. To violate a moral code. To offend. To
sin. To transgress.
After
reading the blurb for Transgression, I was intrigued by the premise of
the book, although it is not a genre of romance that typically interests me.
However, once I started reading, thinking about categories and genres was no
longer important. Theo Fenraven is a masterful wordsmith and storyteller. He
had me hooked in the first chapter of the book.
To 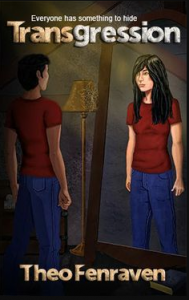 say Transgression is a love story
would be remiss. Ultimately this is a tale of love, courage and acceptance. Although
it is a HEA romance, the book is wrought with fear, hate, loneliness and
tragedy. To the public, the characters in this book seem self-assured and
confident, but behind the facades, they are scared, lonely, distrustful and
self-loathing. Within the pages of Transgression,
Fenraven takes on a rather lofty goal of depicting transphobia, homophobia and egomania
and their deleterious consequences.
Fenraven’s
ability to draw the reader into this tale teeming with deceptions and
self-loathing is impressive. Both Sky and Zach are endearing characters, and
although not all of the minor characters in the book are fully developed, it is
the appearance of those characters that gives depth to Sky and Zach. When
Zach’s best friend, Ricky declares “I can keep secrets … Everyone has secrets,
right,” it is obvious that the minor characters will be vital in the story.
Sky
is an awesome character. There are several passages that embed the reader in
Sky’s world. Without giving too much of her character away, there are two
passages that stand out:
“The penis: it was the symbol for everything wrong in her
life, every door closed in her face, every job she didn’t get, every man who
thought her an abomination and every woman who spurned her friendship.”
“It was ridiculous to think she could live anything like a
normal life with someone. But she didn’t want to let go of the dream. Without
it, what did she have?”
The weakest point of this book would be that some of the
points and minor characters need more development. There are a lot of themes
and characters for such a short book. Although I loved Zach and his easy
acceptance of Sky, some areas of the story would be stronger with more
development. That being said, Fenraven does not stray from realism in this
novel.  Zach has spent a lifetime hiding
who he is, and when the truth comes out, the results are not pretty.
As
a devout fan of m/m romance, reading about trans* people is not my usually book
of choice. After all, Sky, although physically and genetically male, is indeed
a woman. But the complexity of the character roles and their inner turmoil is
what makes this a great read. Fenraven had me smiling as well as crying at
points in this book. I highly recommend it.