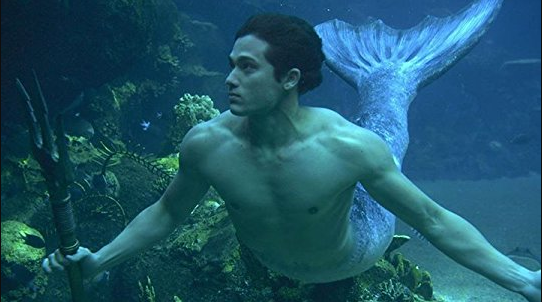 
Sequel to Stealing the Wind
Mermen of Ea: Book Two 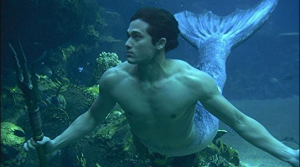 Since learning of his merman shifter heritage, Taren
has begun building a life with Ian Dunaidh among the mainland Ea. But memories
of his past life still haunt him, and as the threat of war with the hostile
island merfolk looms ever closer, Taren fears he will lose Ian the same way he
lost his beloved centuries before. Together they sail to the Gateway Islands in
search of the fabled rune stone—a weapon of great power the Ea believe will
protect them — and Odhrán, the pirate rumored to possess it.
After humans attack the Phantom, Taren finds himself
washed up on an island, faced with a mysterious boy named Brynn who promises to
lead him to Odhrán. But Taren isn’t sure if he can trust Brynn, and Odhrán is
rumored to enslave Ea to protect his stronghold. Taren will have to put his
life on the line to find his way back to Ian and attempt to recover the stone.
Even if he does find it, his troubles are far from over: he and Ian are being
stalked by an enemy who wants them dead at all costs.
Review:
It is
difficult to write a review of this second book in the Mermen of Ea series
without giving away too much information about the plot and characters. There
is a lot of excitement, intrigue and some unexpected surprises in this book
including a couple of scenes where the reader will be hard-pressed not to gasp
out loud.
Shira Anthony
is a masterful story teller and a tremendous writer. She writes beautiful prose
that grab a reader’s attention and imagination. The character development,
dialogue and hot mermen sex scenes are only paralleled by Anthony’s ability to entrench
readers in a completely fictional, fantastical world that is brilliant and
harsh at the same time.
“He reached the edge of the cove and
stepped into the water to avoid the outcropping that blocked the sandy trail.
The late-afternoon sun hung low on the horizon, and the temperature had begun
to drop in its wake. He knew he had walked this trail a hundred — perhaps a
thousand — times before as Treande. Each step felt familiar; each sound
reminded him of the happiness he’d had here with Owyn and called to mind the
promise of his future with Ian.
“The
sky filled with white clouds that danced about, taking on the shapes of
familiar things. A boat, a bird, a dog. Taren watched as the dog seemed to
sprout wings like a dragon’s. He thought of what Vurin had said about dragons.
A year before, he’d not have believed merfolk were anything but legend. Now, he
wondered how much of the world he’d failed to see. Why not dragons? Or sea monsters?
Or furies? Or sirens who caused ships to wreck? Why should he doubt the
existence of things simply because he’d never seen them for himself?”
The Ea world
that Anthony has created is intriguing and complex. The basic premise is that
the mermen, who have hidden their dual nature, – mermen and human forms – have
been enslaved and tortured by both humans and their own people for centuries.
Ian Dunaidh and Taren Laxley, reincarnated priests, find themselves as leaders of
a brutal civil war. They are the underdogs in this fight and are surrounded by
powerful mages and weaponry.
In Into the Wind, Ian and Taren are on a quest.
They are in search of the rune stone, a legendary vessel of great and
mysterious power. That power is essential to possess, but it is also very dangerous.
It is the possession of this stone that caused the death of Owyn, Ian’s
previous incarnation. Both Taren and Ian fear the results of possessing the
stone again. It is imperative that readers are aware this is the second book in
a three-book series. There are some incredible cliffhangers.
Taren and Ian
have spent a lot of time interacting with humans, and although the humans are a
threat to them, it is their own Ea counterparts that cause the most turmoil and
damage, both physically and psychologically.

In this book,
Taren and Ian are fighting for the future of the Ea as well as trying to
re-kindle their centuries old love. Along with the adventure, fantasy and angst,
Anthony has written a beautiful romance. As Anthony noted in a recent
interview, here,  Taren and Ian are reincarnated
“soul mates” who are “fated to find each other when they’re reborn. It’s an
incredibly romantic concept.”
“The memory of
the battle returned, jarring him back to his senses. Ian! He remembered he’d
been unable to do anything but watch the mizzenmast as it snapped. He
remembered feeling Ian’s pain as keenly as if it were his own as Ian was injured
by a falling beam. His gut clenched, his head spun, and he fought back a wave
of nausea. His body seemed to float, carried away on his fear like driftwood
battered by the waves. Goddess, please don’t take him from me again! He
struggled to clear his mind; he knew he’d accomplish nothing if he panicked. He
drew several long breaths as Vurin had taught him, and felt the sand beneath
his body once again, familiar and reassuring. Grounded once more, he reached
out for Ian’s presence.”
What makes
this book so outstanding is Anthony’s picturesque prose and wonderful character
development, and that applies to not just Ian and Taren, although the two of
them are compelling. In this second book, Rider and Bastian make a dramatic
appearance as do some of the other important characters from book one, as well
as a new character, who is a bit of an enigma, to say the least.
In both Stealing the Wind and Into the Wind, Anthony has created and
delivered a fantastical and well-crafted tale with biblical, mythological and Arthurian
Legend allusions. The chemistry between the characters, both human, Ea, as well
as the hybrids you will meet in this second book is compelling.
As author Cody Kennedy writes in his forward for
this book: “Reading,
at its very best, is an enthralling experience, and a good story draws us into
another world and stays with us long after the book is closed. The worlds,
characters, and events live inside us, piquing our curiosity and fueling our
imaginations for years to come.” This description fits Anthony’s story to a T.
In this book
(and series), Anthony takes the concept of a contemporary romantic fairy tale
and turns it on its head. Unlike with the Blue Notes series, these books do
need to be read in order to fully appreciate the tale Anthony weaves.
Into the Wind is a unique and richly layered fantasy world that will
capture the readers’ hearts, minds and imaginations. It is a romantic
tale exploring a journey of discovery, love, growth and coming to terms with
the past. It also is a multi-layered adventure filled with war, violence,
prejudice, pirates, treasure and passion. Although Stealing the Wind, the first book in this series, is a wonderful
book, it is with Into the Wind that
Anthony’s writing style and storytelling abilities shine bright.