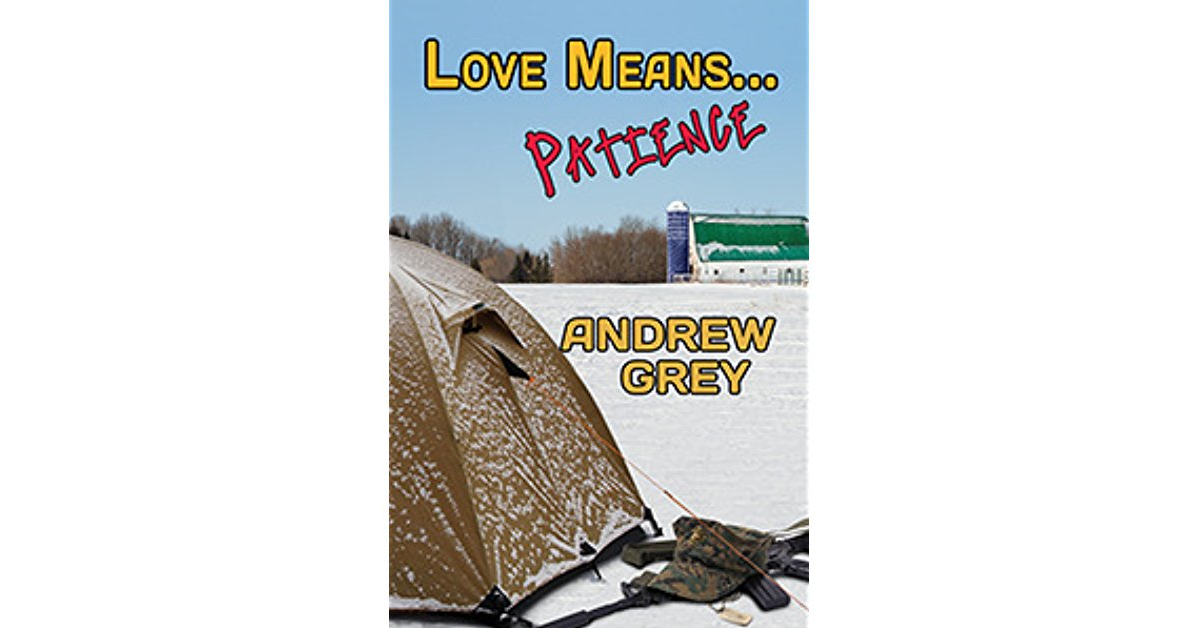 Title: Love Means … Patience
Author: Andrew Grey
Publisher: Dreamspinner Press
Rating: 5/5 Smooches
Blurb:
A Love Means… Story
Years after his discharge from the Marines under “Don’t Ask, Don’t Tell,” Cody Culver lives in a PTSD-induced world all his own. On a mission, under misconceptions that Geoff and Eli are the enemy, Cody breaks into their farmhouse but is quickly brought back to his senses by a frying pan to the head. After receiving much needed help in the hospital, Cody has nowhere to go. Luckily, kindhearted Eli knows just where to turn.
When Eli asks former Marine Brick Hunter to help, Brick isn’t sure he wants to get involved. But Brick has worked through his own PTSD, and like it or not, he owes Eli a favor. With Cody struggling to rejoin the real world and Brick agreeing to take him in, they discover they have more in common than either of them thought possible.
Though Cody tries to stay in the here and now, he sometimes flashes to unexplainable traumatic events—events that don’t fit his usual war zone delusions. As the “delusions” grow more frequent, it becomes apparent they might not be delusions at all. Cody may have actually witnessed a murder. 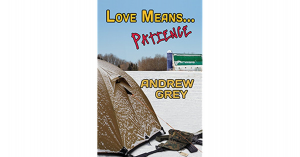 Cody tried to
get his mind around what had happened and what he’d done. He’d known he was
sleepwalking, but his dreams, or what he thought were his dreams, had been
real, except instead of Frank, he’d let Brick hold him. And Brick had done it.
He’d let Cody come to his bed and held him just like he’d done in front of the
fire. The thing was, Cody had liked being held. He’d felt more peaceful, and
his head had been quieter than he could remember. “I liked it too.”
Determining
what is real and not real is a challenge for Cody, but as the saying goes, just
because someone is paranoid, it does not mean everyone is not out to get them.
In this case, there is a real danger present, and that danger is brought to
light, Cody and the rest of the men on the farm are taken by surprise.
Grey
constructs a masterful story with Love Means …. Patience. Like the other books
in the farm series, the characters are genuine and realistic. As isolated as
the farm is, real-life once again makes its ugly intrusion into the
peacefulness that Eli and Geoff have created. The awesome and angst-filled plot
is only enhanced with Grey’s wonderful character development that permeates
this story. Although this is clearly a work of fiction, the realism in the
story is tangible, and the social implications are staggering in their realism.