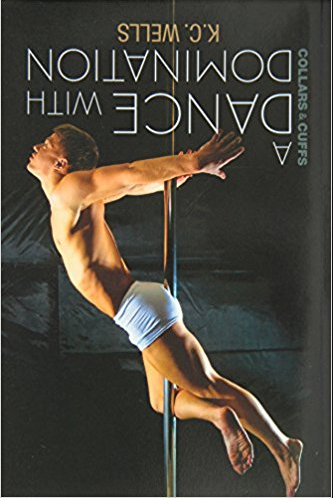 Title: A DanceWith Domination
Author: KC
Wells
Publisher: Dreamspinner Press
Rating:
4.5/5 Smooches
Blurb:
Collars and Cuffs: Book Four
Recently returned to the UK after living in the
States since he was eleven, Andrew Barrett is determined to keep busy and make
a new life for himself. He works full time as a copywriter and strips at a club
on Canal Street on weekends. But it still leaves him too much time to think.
Then he finds the BDSM club, Collars & Cuffs, where at twenty-nine, he is
their youngest Dom. Young doesn’t mean inexperienced, however. All this
activity keeps him focused with no time to dwell on the past. But the past has
a way of intruding on the present. 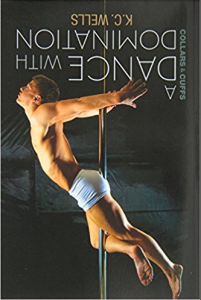 It’s been four long years since Gareth Michaels last
set foot inside Collars & Cuffs. But when he finally summons his courage
and steps back into his former world, he finds the man who drove him away is
still a member, and what’s more, he wants Gareth back. Two men in pain need the
freedom they find in each other, but it takes another man’s horrific plans to
make them see it.
Review:
Okay,
gushing moment, I love KC Wells, and I have a very big soft spot for well-written BDSM novels. That being said, this is one of my favorite
books in the Collars & Cuffs series. I love all of the books, but this one
has a special place in my heart.
I love how
strong Andrew is. How the author put him as being a dancer, which is a job
often seen as “less than” or “weaker”, and he’s a Dom as well. I also love that
Gareth is his co-worker there, and that there is a bit of a slow burn.
They were
attracted to each other as men first, and their kinks happened to align, which
is as it should be. The characters were all fleshed out well, with some cameos
from previous characters. Both characters have their own issues to work
through, but it resulted in a sweet story with enough kink to keep me happy. Gareth in particular had some major issues to work through after being tossed aside by his previous Dom.
If you like
BDSM stories, but are looking for a little sweetness as well, then pick up this
wonderful addition to K.C.’s Collars & Cuff Series.