Title: Running
Wild: Havoc Book 1
Author: SE Jakes
Publisher: Riptide Publishing
Rating: 5/5 Smooches
Blurb:
Embrace the danger…
Sean Rush is an adrenaline junkie. That’s why he was in the
Army, why he steals and races classic muscle cars . . . and why he can’t stay
away from bad boy Ryker, a Havoc Motorcycle Club lieutenant. Fortunately, Ryker
can’t seem to stay away from Sean—he’s spent the last eight months breaking
into Sean’s apartment and stealing into his bed, leaving Sean physically
satisfied but increasingly restless.
Sean has always avoided relationships. He likes to come and go
without being controlled. And Ryker is possibly the most controlling man he’s
ever known. Still, he finds that he wants more from Ryker than their silent
nighttime encounters. 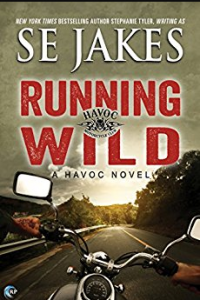