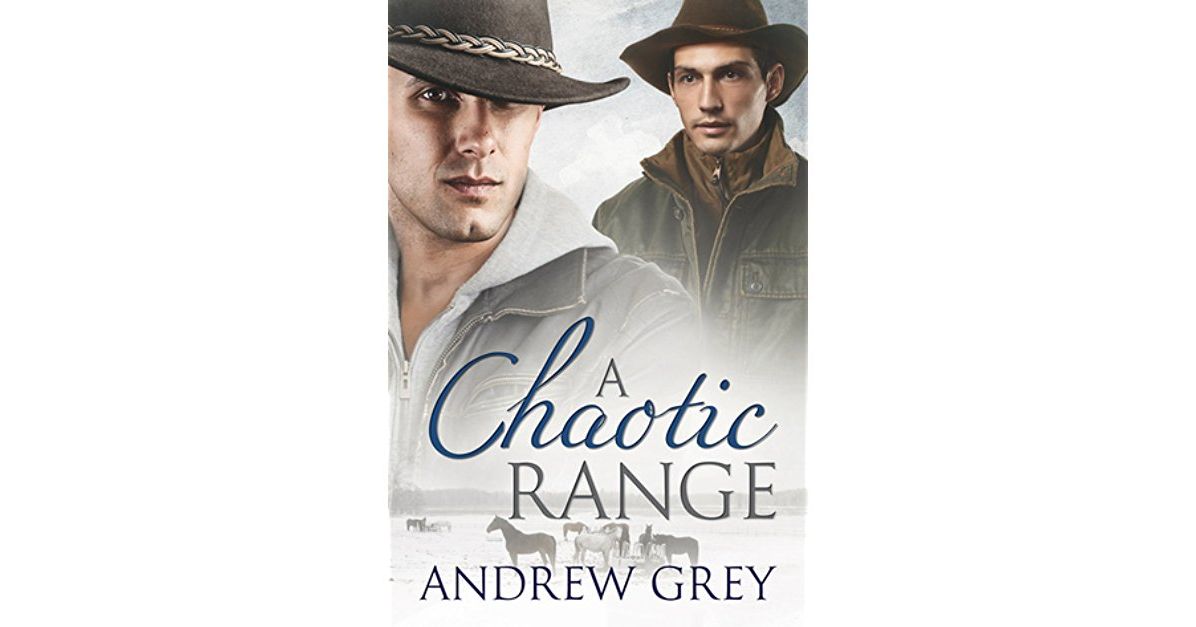 We are very happy to welcome Andrew Grey
to the Smoocher’s Voice blog today. Andrew is a prolific writer with more than
80 books under his belt. A Chaotic Range,
book seven in the Stories
from the Range series, is available
on Dreamspinner Press. 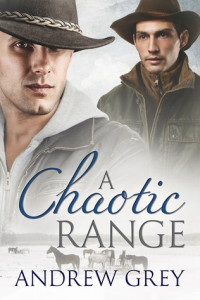 Andrew grew up in western Michigan with a
father who loved to tell stories and a mother who loved to read them. Since
then he has lived throughout the country and traveled throughout the world. He
has a master’s degree from the University of Wisconsin-Milwaukee and works in
information systems for a large corporation.
Andrew’s hobbies include collecting
antiques, gardening, and leaving his dirty dishes anywhere but in the sink
(particularly when writing)  He considers
himself blessed with an accepting family, fantastic friends, and the world’s
most supportive and loving partner. Andrew currently lives in beautiful,
historic Carlisle, Pennsylvania.
Check out his Web site
and Facebook fan page, All
the Way with Andrew Grey.
Jodi:          Welcome back to the Smoocher’s
Voice blog, Andrew. It is a pleasure to chat with you again. As you know, I am
a huge fan of the range series. You are one of the first authors I read when I
first started reading books in the m/m genre. It was love at first sight when I
met Dakota and Wally. What was the inspiration for this series?
Andrew:   It all started after I watched the Ken
Burns series on the national parks and they talked about reintroducing wolves
in Yellowstone.  From there, Wally was
born and Dakota followed.
Jodi:          Did you
set out writing a series, when you first wrote about these characters?
Andrew:   No. I thought it would be a standalone
story. Then Haven and Phillip started demanding a story, and Jefferson
whispered to me as well.
Jodi:          You are such a prolific writer. Is
it a challenge to come up with such in-depth characters and plots for your
books?
Andrew:   I don’t think so. There seems to be a well
inside me.  I really hope it doesn’t run dry.
Jodi:          Throughout the Stories from the
Range series, readers meet many different characters who live in Wyoming and
find a home and acceptance on the Holden ranch. Dakota and Wally form the
backbone of these books. They are the heart and soul of the series. Tell us a
bit about Dakota’s strength and Wally’s compassion.
Andrew:   Both come from deep inside them.  Dakota had to be strong to give up his dreams
to take over the ranch and take care of his father.  Wally is the perfect partner for him because
while his strength comes from a different source.  He’s also compassionate, especially for his
animal friends.
Jodi:          David and Mario both work on the
ranch, and had a brief relationship together. But in the last book, A Volatile Range,
Mario begins a serious, long lasting relationship with Gordon after David left
the ranch and went to Montana to be with another man, but things were stressful
between the two men before David left. What causes the breakup between David
and Mario?
Andrew:   David allowed himself to be lured away by
greener pastures. The relationship had cooled and he followed a younger man.
Jodi:          Why does
David come back to Wyoming?
Andrew:   Things weren’t as green as he thought they
were and he came back to try again with Mario, but it was over.
Jodi:          Were
readers upset that David and Mario did not end up together?
Andrew:   Not really. They were hoping I’d make
Mario happy and then they were hoping I’d let David find love, which happens in
A Chaotic
Range.
Jodi:          Why do Wally and Dakota trust David
enough to allow him to help try to trap the eco-terrorists?
Andrew:   They don’t necessarily, but he’s a good
cover and in the end its his need to belong once again that convinces them.
Jodi:          David’s return to the ranch proves
to me pretty intense. Is he still living with Philip and Haven in this new
book?
Andrew:   Yes. A
Chaotic Range takes place largely at Haven and Phillip’s.
Jodi:          Does A Chaotic Range pick up where the last
book left off?
Andrew:   Each story is separate, so they don’t have
that kind of continuation.  But it does
take place after A Volatile Range.
Jodi:          Tell us a
little about Brian.
Andrew:   Brian was driven away from his previous
employed because he’s gay, and over time, he’s been looking further and further
afield for work.  He’s literally down to
his last cent and drop of gasoline in his car when they guys find him in the
blizzard.
Jodi:          The characters in the range series
have a lot in common, yet they are all very different. Do you find it a
challenge to intermingle their lives yet keep each character special and
unique?
Andrew:   Yes I do.
I have to be careful to let each character speak to me individually.
Jodi:          What is the biggest challenge for
you as a writer keeping a series going and keeping the ideas fresh?
Andrew:   Making sure each story is unique and
complete enough to stand on its own.  I
don’t ever want to be dull or formulaic.

Jodi:          When you spoke at RainbowCon this
past year, you mentioned that sometimes readers criticize your writing for
being formulaic. What is your response to readers who feel some of your books
are written in formulaic fashion?
Andrew:   I never follow a formula. I let each set
of characters speak to me and I develop plots around them. Sometimes the
characters take me where I never expected to go.
Jodi:          Why do you think readers
characterize some of your stories as containing “insta-love scenarios”?
Andrew:   I have no idea.  I rarely write that kind of story. Sometimes
the timelines are compressed, but that helps compound the action and increases
the intensity. I can say that some characters tend to fall for each other more
quickly.
Jodi:          What
inspires you to create and develop a specific plot?
Andrew:   That comes from all over.  I get plot ideas from just about everything
in my life.  I wish I could say where
plot ideas come from, but I never really know.

A Chaotic Range
Most of the time ranch hand
David rescues stray cattle, but this time he and his fellow cowboys Wally and
Haven save a stranded motorist. David is surprised to find his former high
school classmate nearly frozen in his car. After learning that Brian
Applewright’s boss fired him from his ranch for being gay, they invite him back
to theirs to take a job.David and Brian moved in different social
circles at school, but working together brings them closer. However, David has
a rocky history on the ranch. The foreman is his ex, and he only recently
returned after a heartbreakingly unsuccessful attempt to find greener pastures.
He can’t risk his heart getting close to anyone.But on a ranch, nature has a way of forcing an
issue. When a snowstorm threatens, David and Brian head out to mend a fence and
round up some stray cattle. David gets injured, and they must survive in the
snow, cold, and wind. It might be the start of a relationship… or the end of
their lives.